Claire Ashmead-Meers is from Cleveland, Ohio. She graduated from Princeton in 2017 with a Bachelor's degree in History, Creative Writing, and Chinese Language, and in 2018 obtained a Master's in Fiction from the University of Edinburgh. She lives in Ann Arbor where she studies medicine at the University of Michigan. Her guiding spiritual principles come from Protestant Christianity, Zen Buddhism, and writers like Dostoyevsky and George Saunders.

Sympathy for the Devil 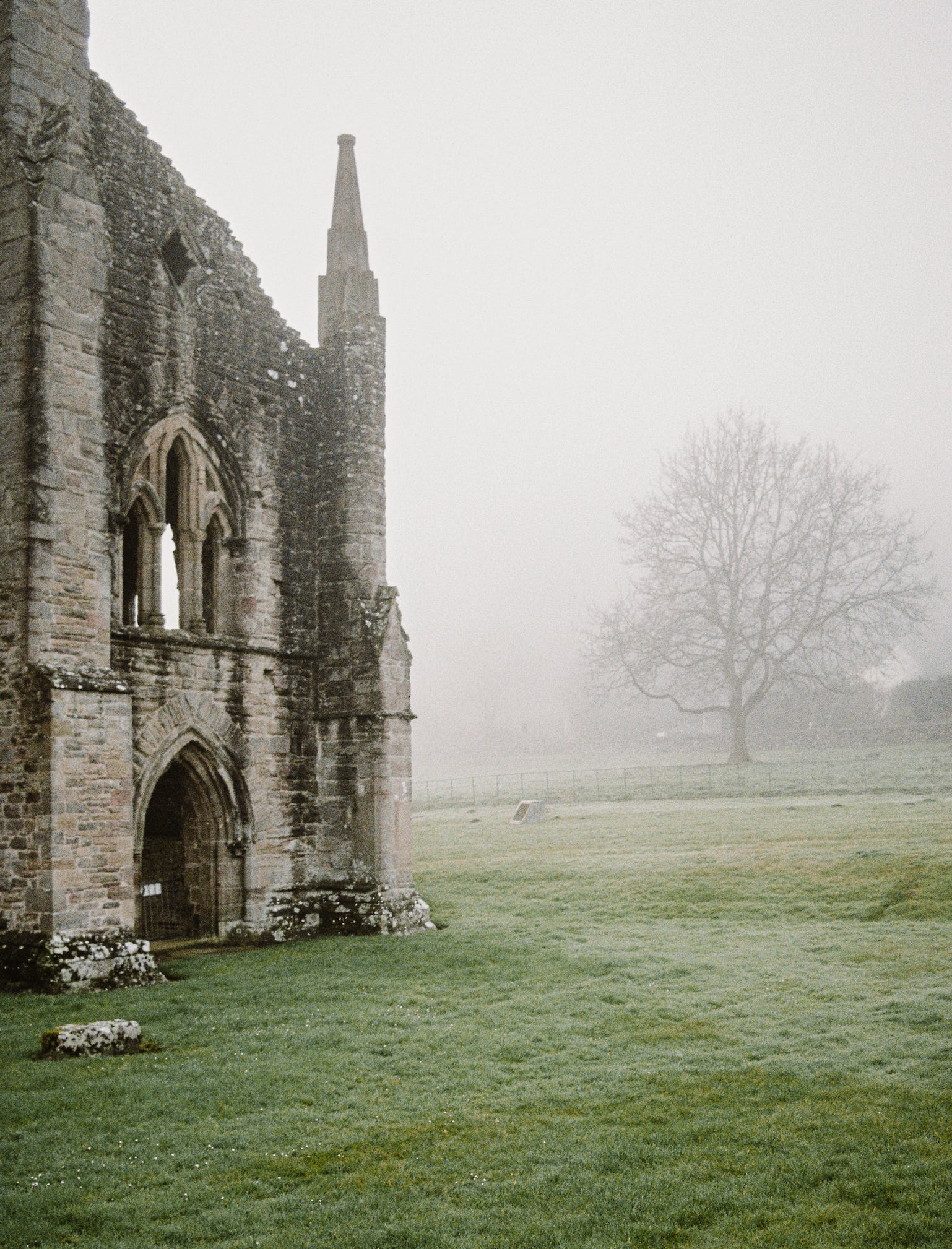 In 1330, five days after he killed his wife, Geoffrey of Knuston of Abingdon sought sanctuary in a church in Northamptonshire. Today, ‘sanctuary’ is a symbolic concept meaning a place of refuge or safety. In the fourteenth century, sanctuary had teeth. It was a legal protection, enforced by the king, afforded to criminals sufficiently well-connected or fleet-of-foot to make it to a church – or the graveyard of a church – before being apprehended by the law.

Obtaining sanctuary involved days of terror and dread. Some fled prison only to be killed in pursuit by community members. Many hightailed it over open countryside. I imagine Geoffrey slogging through chilly English woods and over brackish waterways, stumbling between thorn and oak, until he sees the spire of Saint Peter’s of Raunds on the horizon. Perhaps he thinks wistfully of Felicia, the woman he murdered. More likely not.

The practice and consequences of medieval sanctuary are explored in William Chester Jordan’s book, From England to France: Felony and Exile in the High Middle Ages. Jordan teaches History at Princeton University, where I took his seminar, “English Constitutional History.” The Middle Ages has since fascinated me not only because Jordan was an excellent teacher, but because in the language and legal system of twenty-first century America, I see the legacy of fourteenth century England.

Because sanctuary was a legal rather than symbolic concept, conditions had to be met in order to receive it. Geoffrey of Knuston could not yet be formally accused of a crime. Only felonies were eligible. Claims to sanctuary became illegitimate by previous involvement with the legal system, having received sanctuary elsewhere, or being of “notorious reputation.” Once permitted to receive sanctuary, Geoffrey confessed to his crime, foreswore the realm, and embarked on a journey into exile, typically in France.

Sanctuary required enforcement, which not all churches could provide. Vigilantes might drag the penitent from asylum or destroy him as he began his journey. Think: Felicia’s father. Yet Jordan reckons that, in England, each year sanctuary saved at least five hundred lives. In a world centered on lifelong attachment to land and community, exile was still a high price to pay. Thus Jordan calls sanctuary, “fearsome mercy.”

Not all who sought sanctuary were guilty of crimes. Jordan devotes pages to understanding the conditions of fear and misunderstanding that led English people to claim it. A father who took his baby girl riding on a horse, leading to her accidental suffocation. A boy not yet twelve who fell in with a gang of thieves. A village simpleton who struck a man on the head and sought refuge for murder, despite the supposed victim being alive and well (and in hiding from his debts).

The alternative to sanctuary was the medieval legal process. Confession, flight, or eyewitness testimony guaranteed conviction. Further modes of proof in the twelfth century involved trial by combat or “ordeals,” such as those of cold water or hot metal. In the former, the accused was thrown into a pit of water and, if guilty, floated; in the latter, she held a white-hot bar of iron with bare hands and, if guilty, after three days suffered insufficiently healed burns. Since priests blessed the artifacts involved, ordeals were the judgments of God. When ordeals were replaced in the fourteenth century by jury trial, unanimity of judgment instead proved that God was present in the verdict.

While ordeals sound like grotesque parodies of justice, they were, much like a Gertrude Stein poem, open to interpretation. The conviction rate for trial by ordeal was thirty percent. In jury trials, where medieval jurors knew the parties involved, conviction rates could be as low as twenty-five percent. Compare this to conviction rates in the United States of 2015, when Jordan published and which he cites: sixty-eight percent.

A finding of guilt in the Middle Ages led to horrific corporal punishment. Men had hands or feet amputated for crimes such as horse-theft. Murderesses were burned or buried alive beneath the gallows. Even those judged innocent were often expected to leave the community. Sanctuary avoided these punitive excesses. Jordan likens this to plea-bargaining today. Yes, exile was terrible, but mutilation or death would be worse.

England was not the only country to practice sanctuary as a form of mercy. Ghent kept a “Book of Exiles.” Sanctuary seekers in France were branded on the finger with the fleur-de-lys, and Parisian criminals frequently lacked digits, suggesting they had sought sanctuary more than once. Poor French migrants in England were so associated with exile that they were often seen as criminals, no matter why they had left France.

Geoffrey of Knuston chose not to face the judgment of his peers. He sought sanctuary and swore an oath to leave England. His property was forfeit to the king, and he was given a port of departure: Dover, if headed to France; northern towns, to Scotland or Ireland. He walked up to twenty-five miles a day on the king’s highway, dressed in sackcloth and carrying a wooden cross. Fleeing would have made him an outlaw who “bore the wolf’s head.” He could then be killed with impunity, like a rabid dog.

Once at Dover, Geoffrey waded into the sea facing England until water lapped at his neck. He cried out for mercy before a boat took him aboard, transporting him across the Channel to Wissant. Rarely did ordinary men like Geoffrey speak French. Most job options involved work gangs, criminal operations, or, if female, brothels. Absent a pardon from the king, Geoffrey would never again see home. I almost pity the murderer.

In August 2021, American media was gripped by the disappearance of 22-year-old Gabby Petito. She had been camping with her 23-year-old fiancé, Brian Laundrie, in the American west. Between Utah and Wyoming, she disappeared. In September, Brian reappeared at his parents’ house in Florida, then fled into the Everglades. His body was discovered in October with a self-inflicted gunshot wound to the head. Near him was a journal in which he confessed to having killed Gabby. The situation was and is a tragedy.

In those weeks when Brian had been named a person of interest but could not be found, many reporters suggested his parents were hiding him. Today the Petitos seek one hundred thousand dollars in damages in civil court from the Laundries. They claim the Laundries knew about Gabby’s death for weeks, tantamount to an accusation of not apprehending a known murderer. For me, this raises the following dilemma: If my child showed up at my door, suspected of having committed a terrible crime, what would I do?

Justice is famously hard to define. See: Plato’s Republic. According to the Cambridge English Dictionary, it is “fairness in the way people are dealt with.” This means fairness to the accuser and accused, a tension each era struggles to negotiate – particularly our own. In criticizing bail and the penalization of petty crimes, progressive Americans today ask whether, in our desire to reduce harm, we create it. The often-conservative response is that, in minding the accused, we punish his or her victims.

I am tempted to look with fondness on the Middle Ages. Its low conviction rates and legalized mercy seem to me more reasonable than today’s lifelong imprisonment and permanent records. Like most U.S. citizens, I will one day serve on a jury. Unanimity is still required to convict, yet this medieval tradition has been stripped of its function: to know the parties involved. Context matters. Rehabilitation is important. Such values seem to me fair. But the charm of this system fades when I consider a concrete case.

Brian Laundrie would have been an ideal candidate for sanctuary in the fourteenth century. Recognizing the horror of what he had done (or the likely punishment), he fled. He confessed, in some form, his crime. In twenty-first century Florida, he would have been sentenced to life in prison, if not death. In medieval Northamptonshire, he might have made it to a church, abjured the realm, and headed to a new life abroad.

Sanctuary was not invented to save the innocent. It saved the guilty. All men were created in the image of God, including the sinner. Wearing sackcloth, carrying a wooden cross, wading into water to be reborn as a new person… these symbolic acts beat that very Christian horse to death. It is easy to think impersonally of Geoffrey of Knuston and, in so doing, find sanctuary picturesque. It is less easy to think kindly of Brian Laundrie, who even in his written confession claimed that Gabby had wished to die.

As an onlooker horrified by Gabby’s homicide, I wanted Brian Laundrie to face punishment. As Brian Laundrie’s mother? I would have chosen exile over death for my son. Perhaps Geoffrey of Knuston had a friend who took pleasure in knowing that he was alive, if not well, in France. Felicia’s family no doubt disagreed. Which soul takes precedence in the balance of justice’s scales? While I would rather leave that judgment to God, such determinations must be made by the institutions of men.

Sanctuary, once so accepted, was replaced by the sixteenth century with extended imprisonment or new forms of punishment. Jury members having known the parties involved seemed prejudiced, rather than appropriate, to Enlightenment minds. The same crime deserved the same punishment, no matter the circumstances of the accused. In the age of reason, tailored justice was replaced by an assembly line.

Though we call the twelfth through fourteenth centuries “the Dark Ages,” we have the same instincts, if not systems, when responding to the same dilemmas. Confession of a crime necessitates punishment, save in the Truth and Reconciliation trials of Mandela’s South Africa. Exile is never practiced, except when people of “notorious reputation” in America assume new lives in Mexico. Communities do not defy authorities to protect criminals, excluding Florida or Abbottabad.

Extension of safety to the churchyard was stripped, then protection for particular crimes, until sanctuary became what it is today – a beautiful idea. Yet the word may linger because the instinct is not truly dead. Our lives are so brief that institutions seem permanent and people ephemeral. Time proves the truth is often the reverse. Institutions change, while the human heart abides. Some modern iteration may stagger forth from that place of safety where mercy has been so long in hiding, to be reborn with a new name.

Not knowing where Geoffrey fled, I used that inimitable archive known as GoogleMaps to find nearby churches dating to the 12th century. Saint Peter’s is nearest, at 7 miles from Knuston; but options include All Saints Church in Earls Barton, 8 miles distant, and St. Mary Magdalene Church of Castle Ashby, 10 miles.

Featured photograph by Ash James, part of a series on Tintern Abbey which appears in our print volume on contemplation.

Claire Ashmead-Meers is from Cleveland, Ohio. She graduated from Princeton in 2017 with a Bachelor's degree in History, Creative Writing, and Chinese Language, and in 2018 obtained a Master's in Fiction from the University of Edinburgh. She lives in Ann Arbor where she studies medicine at the University of Michigan. Her guiding spiritual principles come from Protestant Christianity, Zen Buddhism, and writers like Dostoyevsky and George Saunders. 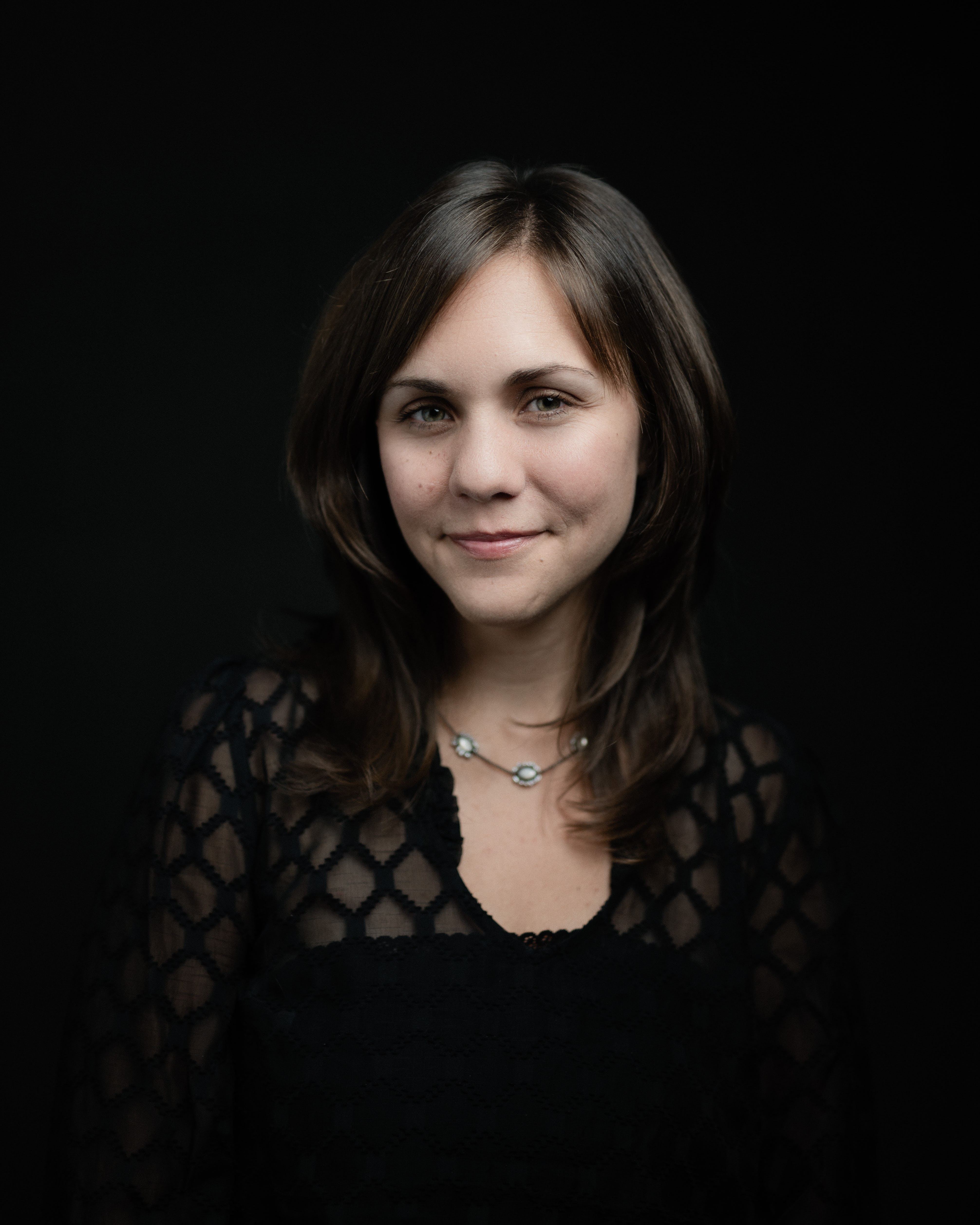 Amanda Held Opelt is a songwriter, speaker, and writer based in Boone, North Carolina. Her work stands at the intersection of faith, grief, healing, creativity, and belonging. 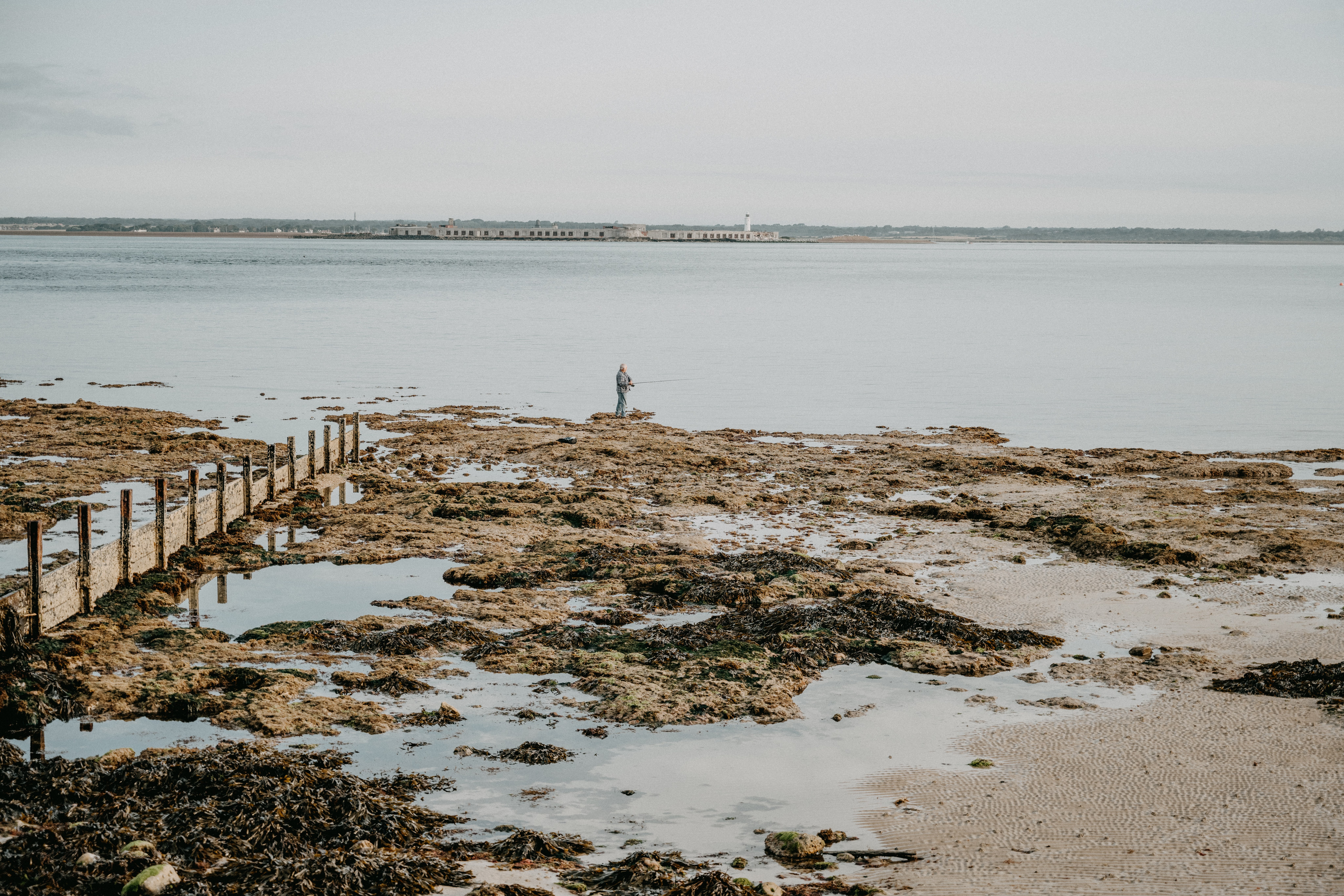 poem A Gusty Pier on a Winter’s Day

A flock of gulls rises from a choppy sea, hangs aloft in abeyance – a distraction