Henry Woodland is a graduate student in literature, whose poetry and criticism has appeared in UK and Australian journals.

Four Prayers for a Friend Please be advised, this essay discusses suicide. If you or someone you know needs help, you may find resources here.

Every time I read Dante, I think of my friend Rishi, since it was the last thing we spoke about before he took his own life. Now the poem is more painful, since I reflect on the lost communion. It’s also more comforting, since it implies for me the possibility of sanctity attainable at a further stage: death as development rather than end. I recognize my complicity in both impressions—I’ve taken the text, selfishly, as a long poem on how to cope.

Rishi and I began undergraduate degrees in literature one year apart, and found shared interests in literary studies. He lived in India; I, in Australia, so our correspondence took place entirely online. Our last conversation revolved around the same things as all our conversations did: verse forms, translation, faith, and physical distance. Rishi had recently begun a comparative study of three English translations of Dante, and he spoke for a long time about the fundamental futility of the task.

Dante’s poem is notoriously difficult to render into English because of its strict terza rima, which requires every second line to rhyme in revolving tercets, as if leapfrogging one another. Given every Italian word ends in a vowel, the rhymes aren’t hard to find in the original language. In English, things become much scarcer, and the translator must find a new scheme and style in addition to carrying over Dante’s original Italian. For Rishi, this was a failure: he felt strongly that such reconfiguration of language meant the text was inevitably severed from the original. In fact, he said, translation of any kind was effectively impossible, since languages were incommensurable categories. He loved the English colloquialism of “getting things across” because he thought it captured the precarious physicality of the task. “We’re all doomed,” he wrote to me, “to live in the island of our own saying.”

At the time, I didn’t realize the extent to which Rishi’s thoughts reflected the problems of his own relationship with English and his complicated sense of belonging. He once wryly referred to both of our countries as “ex-colonial,” and we would often discuss a mutual sensation of distance from historical cultural capitals. We had each inherited a longing for the more established traditions of American and European literatures, which colored our love with no small amount of shame. When we both admitted desires to study at graduate schools overseas, we did so sheepishly. Occasionally, we would aver the rich history of our own cultures, defending them against charges of provincialism—charges, we later admitted, no one was really mounting. “For two guys on the internet, we’re surprisingly insecure,” he once wrote.

I knew for him the insecurity was grave. Australia had been relatively serene and uncomplicated. What A.A. Phillips in 1950 termed our “cultural cringe” was only ever a social anxiety about our relation to centers like London and New York. In India, Rishi had grown up experiencing a more complex legacy of colonialism, which conditioned a difficult relationship with the English language. His home felt not only far away from those centers aesthetically and linguistically, but wounded in comparison. Whereas my experience of English literature was mediated by distance, his took on a kind of guilt.

In Powers of Horror, Julie Kristeva proposes a structure of subordination built into language, so that there is a barrier between the language we speak and the freight we intend that language to carry. The spoken word is visible to us, the meaning is not— frequently the word isn’t quite accurate to the meaning, and doesn’t quite do justice to what it “is.” This is a version of the impossibility of translation, of language being an imperfect vehicle for our thoughts and feelings. When Rishi would express his sense of dissociation from the English tradition, I could understand, but only ever from a degree of separation.

I’ve felt for a long time that we’ve been moving the body away from instances of human engagement and verbal exchange. Expression is increasingly abstracted and objectified, mostly through the move to online discourse. The pandemic has exacerbated the issue, though my concerns existed long before. At some point, the algorithm outpaced the voice, and we became increasingly silent.

In Rishi I found someone who shared my thoughts, but again his resentment was more deeply felt. As we pursued our degrees the postmodern theory that we had bandied around in order to gloss texts hardened for him into a more stringent social Marxism. He spoke of an India where fragile public institutions, rampant technologization, and a rigid class hierarchy had deadened any sense of community. Increasingly, he shared feelings of claustrophobia, caught in the largeness of a social structure he couldn’t stand but couldn’t leave. His sense of social responsibility gave him strong purpose, but also made him susceptible to bouts of disillusionment: “They’re being sold feelings of inadequacy by people that hate them,” he mused to me once in a conversation about social media, without specifically identifying the “they” in question.

At the time I assumed it was other people; I realize now it was us.

I pick up book one in the Ciardi translation, in which Dante reaches the first circle of hell. He is wordless “at grief so deep the tongue must wag in vain / the language of our sense and memory / lacks the vocabulary of such pain.” Here, I want to comment that Rishi felt a similarly intense and inexpressible grief in his relationship with India and his alienation from the English tradition. But I won’t, because Rishi thought it was glib to graft our experiences onto poetry and didn’t believe in God.

I had a curiosity towards spirituality, which he would audience but not affirm. A lifetime of India’s religious strictures and theistic antagonism had given him a resentment of organized faith. His social pragmatism led him to reject the idea of an underlying logic explaining all events, further abstracting him from the collectivism temples ostensibly fostered.

My own tentative exploration of faith was another indulgence he could not afford. I once sent him a poem re-writing part of the Lord’s Prayer. Where usually he might have come back with a page of comments, I received a blank version with Philip Larkin’s “Aubade” attached at its end. “Fifty lines in perfect iambic pentameter,” he wrote. Highlighted was a passage from the middle:

This is a special way of being afraid
No trick dispels. Religion used to try,
That vast moth-eaten musical brocade
Created to pretend we never die…

In the notes, he warned me to focus on form instead of “all this divine moralizing.” What I want to explain to him now is that the two aren’t mutually exclusive: what faith I have manifests in an attempt to find a means of expression, which can accommodate the imprecise and unresolved. At that fragmented altar, belief is more than an order of words, or a disingenuous wish that a friend continues to exist. The form, and the function, are an attempt to commune with unbearable confusion. If that isn’t strictly doctrinal, fine. My prayer is just that: mine.

Since Rishi’s death, I’ve been trying to find a language of sincerity with which to express grief. I’ve come to take loss as a verb, which I variously enact through reading literature, running, consuming alcohol, and interfacing with individuals the community has labelled “wise.” Often this process has resulted in blunt phrases. But Rishi hated withholding words, and this is the imperfect lexicon that belief and pain conspire to create.

Let me admit here the frequency with which I feel a great deal of resentment towards Rishi, for being selfish and for leaving without telling me. Let me say, I feel cut off in the dark. And then, let me note that when I have those thoughts I feel ashamed, because his death wasn’t about me, and he very rarely made anything about himself.

Terry Eagleton said that the suicider abandons life because it has become worthless. In my weaker moments, I want to agree and believe Rishi excused himself from a game which no longer brought him joy. The truth is more unbearable: Rishi felt there was an overwhelming worth to his life which he ultimately could not realize. There were rich conversations being had, but they were elsewhere and between other people. When the mouth becomes void, the soul quickly follows.

Rishi hung himself in his English department. The morning after I found out, I felt, for the first time, the immensity of the distance between us. I walked through Oxford to an Anglican chapel, the denomination of my parents. I stopped and ate at a small Indian restaurant and knew Rishi would have teased me as both self-indulgent and tacky in my attempt at a kind of cultural translation. You think you’re in a Wes Anderson film, don’t you? he said, sitting across from me, and I laughed out loud to myself like a madman would. After eating, I continued through the drizzle to the church where I sat in prayer, and knew again he would have liked how unclean the whole process was—kneeling on stone smelling of sanitizer, clumsily repeating psalms, trying desperately to find in ritual an antidote to terror.

If someone wants to exist, they must be willing to make some appalling decisions. There’s a prevailing view that the choice to end one’s life involves a trust in Providence. Maybe that’s true for some, though I know it wasn’t for you, and I’m sorry if I’ve tried to attribute it with salvific coherence. You’ll be surprised to know that crying in a mask with a group of strangers didn’t edify my faith, either, so I proceed in more prosaic terms. I feel a lot of guilt because I am where you should be and you were always much smarter than I am. And I think about how lonely you must have been in the English department. I’m sorry it wasn’t a spiritual situation and I wish we could have spoken more often, more closely.

Henry Woodland is a graduate student in literature, whose poetry and criticism has appeared in UK and Australian journals. 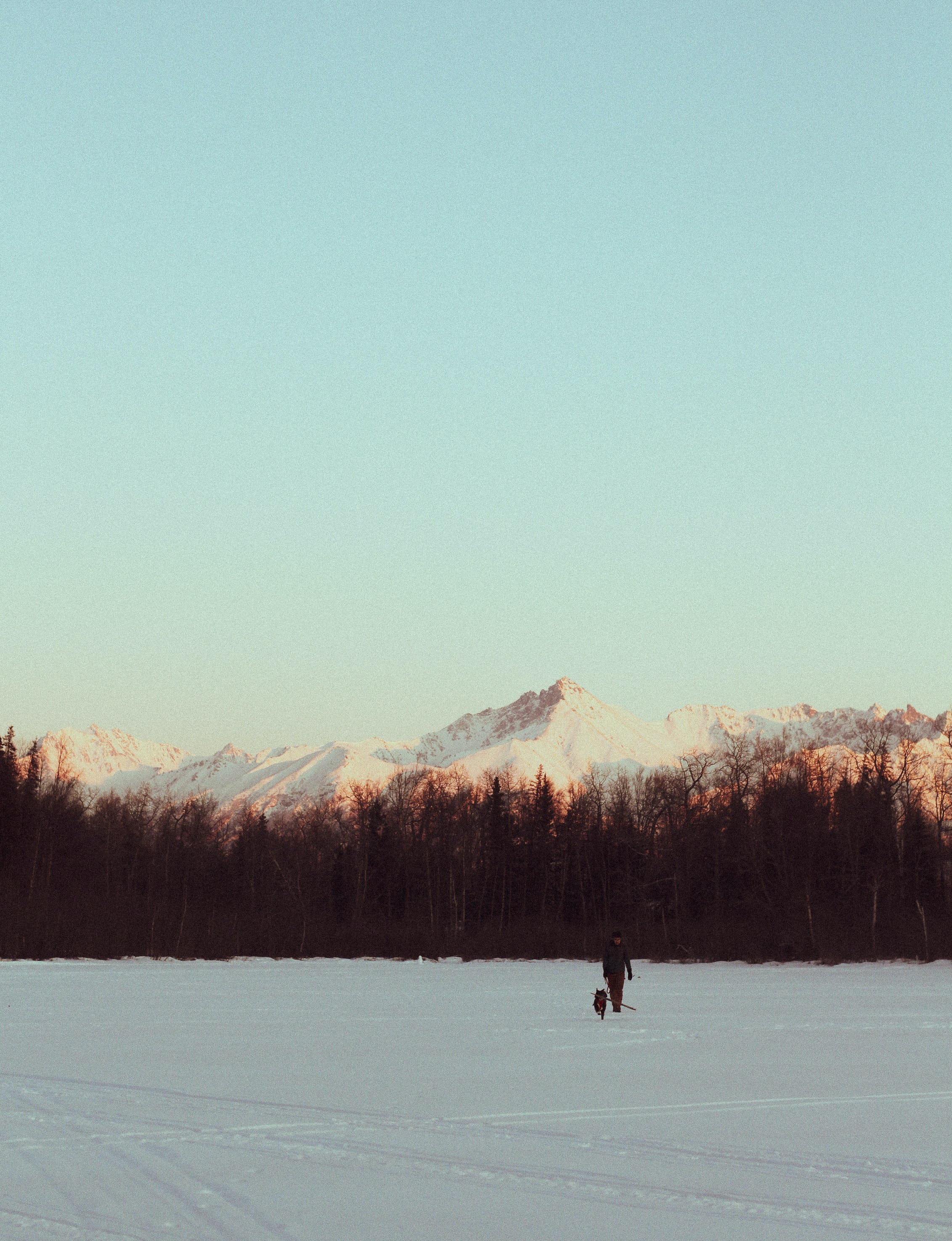 Our environments must be stewarded to effectively create a healthy, flourishing ground for community. This photo essay showcases the moments where rest is the foundation for winter’s ecosystem. 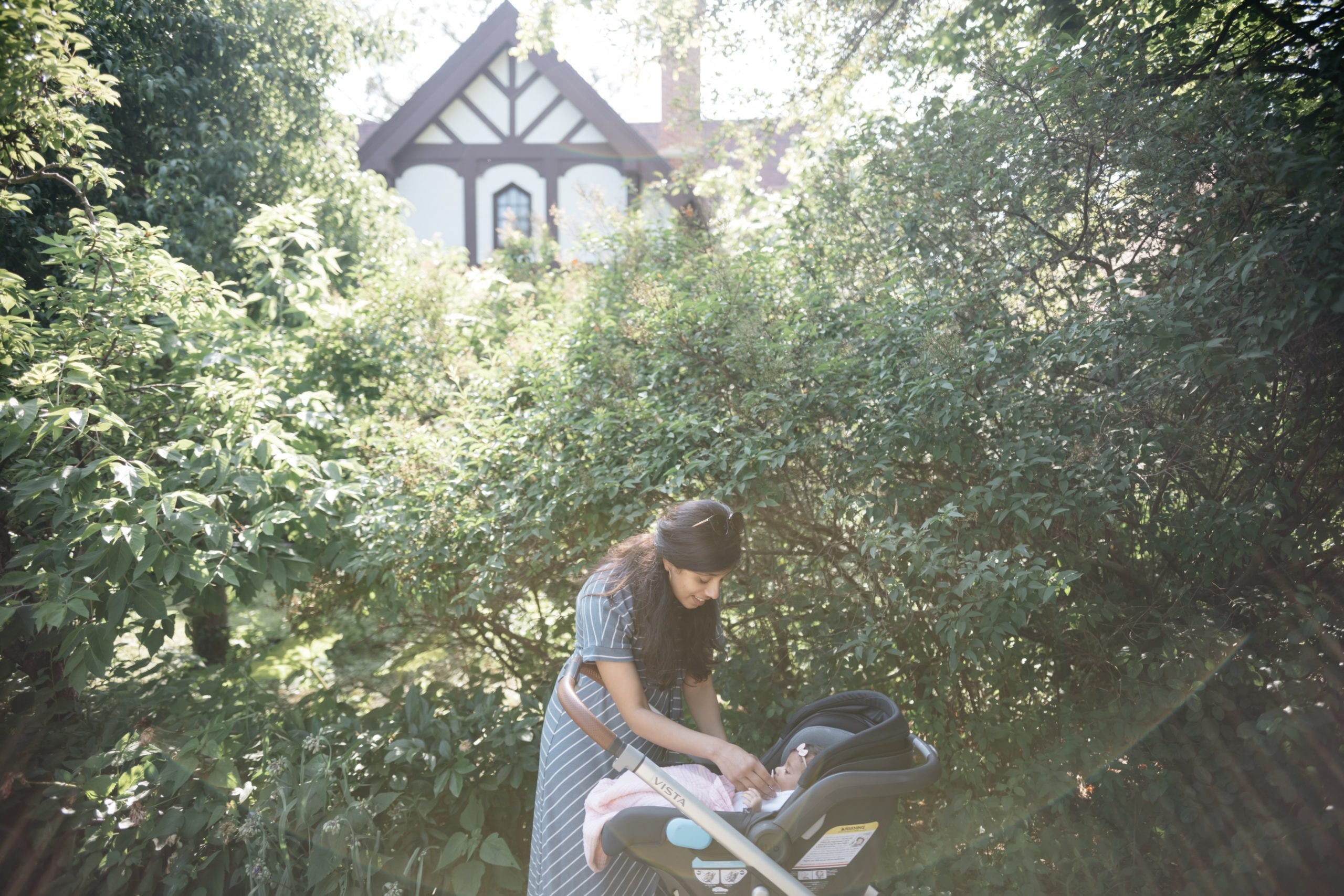 Pregnancy should not have taken me by surprise. As the daughter of a nurse, and the granddaughter of three doctors – one of whom set up a reproductive health clinic in the 1960s – I was well versed on everything from anatomy to childbirth.