My Covid in the Third Person Earlier this morning, he called his parents with the bad news. He had just learned he has Covid-19.

His parents were babysitting his two-year-old nephew in New Jersey, far away from where he lives in North Carolina. His father lamented the test result. Eventually, the conversation shifted and his father shared that his nephew was now into humpback whales and had gone headfirst down the playground slide for the first time that very morning.

He realizes that he is starting a different plunge.

Just five days ago, he awoke with a sore throat. He told his wife it felt like swallowing knives. He took a rapid Covid test and it was negative. Tylenol treated the pain.

Just four days ago, he had a sharp ache in his ear. Another negative rapid test. More Tylenol.

Just three days ago, his nose was stuffed up like a Thanksgiving turkey. He continued to be grateful for Tylenol. He went to the county health department for a PCR test.

Just two days ago, the PCR test came back negative. Assuming he had the common cold, he helped to lead a vigil against gun violence at his church. There were about 100 people in attendance. Masks were required, though some in attendance thought it was excessive precaution.

Yesterday, he went for another PCR test, which he told his wife was out of an abundance of caution.

But now he wonders if he really knew the whole damn time.

He has feared getting Covid for so long. Feared for himself and his family. Now that he has tested positive, it seems surreal. Like it has happened to someone else. He finds himself writing about it in the third person.

After his positive test result, he spent an hour on the phone making arrangements for his absence in worship the following day. He kept saying, “I’m sorry.” His office manager replied, “You stop that! It’s not your fault.”

He thought about how some dangers are visible—like AR-15s—and others are unseen.

He is very superstitious. He does not think this is good theology, but he can’t help it. He was a baseball player long before he was a pastor. He always wore his socks the exact same way, pulled up to his knee. Covid feels like a common cold, but he doesn’t say this out loud. He doesn’t want to jinx it, like baseball players never talk about a pitcher’s no-hitter while it is in progress.

After lunch, his wife trudged upstairs to nap. She felt sicker than him, yet her test result was still negative. The oldest child read on the couch. The younger siblings played Go Fish on the rug. Eventually, they went upstairs to build a fort out of pillows and blankets and whatever else they could find. The dog plopped down by his feet and fell sound asleep, seemingly without a care in the world. All was quiet—almost too peaceful to be true.

After the email from the health department earlier that morning, he and his wife let their kids have extra screen time. At the family meeting to share the news, the youngest threw herself on the floor and wailed because she would not get to attend her friend’s birthday party that afternoon. The oldest was worried about the dog getting sick. The child loves that dog.

Upon reflection, he wonders if worrying about the dog’s health was a safer place for his son to put his fear.

His middle child wandered outside and climbed a tree. This reminded him of his younger brother who, growing up, did the same thing whenever there was bad news, such as a death in their extended family. A few years ago, he asked his brother if he knew why he climbed trees; he replied that he was “trying to get above the bad feelings.”

In his quiet house, he wrote in a notebook that his friend gave him for his birthday five months ago. He had been saving this notebook for an opportune time.

He wrote with Tylenol in his system. His throat felt better. He wasn’t coughing like he was earlier that day. He felt fine; knock on wood.

He wrote a sentence about the irony of “being positive” for Covid, about how he would much rather be “negative” yet he’s still trying to look for the positive in the situation. Find the grace.

He put down his pencil and thought again of his nephew and headfirst plunges. He wished that he was the one with his parents in New Jersey, making humpback whales out of homemade play dough.

He heard his kids come downstairs. They called for their dad. They were bored.

His daughter asked him to draw animals; he Googled step-by-step instructions for her favorites, squirrels and tigers. She requested a crow, but his initial effort to draw a head and bill more closely resembled a dolphin. He abandoned the crow design and improvised a dolphin’s body complete with flippers and a tail. She crayoned a blue sea around his drawing and named the dolphin Flippy.

Then, she drew her self-portrait—a big-smiling stick figure walking on top of the waves, her long yellow hair streaming behind her like a flag. Above the bad feelings he thought. Above the negativity.

His wife texted while he and his daughter were drawing. The children’s PCR tests were negative. Smiley face emoji. His relief was genuine.

But his healthy, increasingly bored children continued to make demands for food, water, entertainment—circling him and cawing Dad, Dad, Dad. He texted his wife upstairs in the bedroom to see how she was feeling. She texted back a poop emoji.

The dog barked at the door and he figured why the hell not. He grabbed the leash and led the kids out of the door into the hot sun.

It was a quarter-mile hike to the rope swings. He had counted on the walk tiring out the kids. But after a few swings, they became absorbed in damning a section of the creek to make a swimming pool for the tree fairies. They did not want to leave, though his headache was worsening, the mosquitoes were biting, and the dog was pulling at her leash.

He tried to be in the moment, not on his iPhone. Find the positive, not check Twitter or Google “long Covid symptoms.” He noticed the temperature had dropped, and the wind picked up in the dark canopy overhead.

The rain still surprised him.

Rain came to the woods like a wave crashing over the treetops. His kids shrieked with glee and, for the first time since his test result, he laughed…

And I kept smiling as I followed the kids back home through the sudden shower. poem In the Memorial Garden

Gardenias droop in August heat at the Episcopal plot 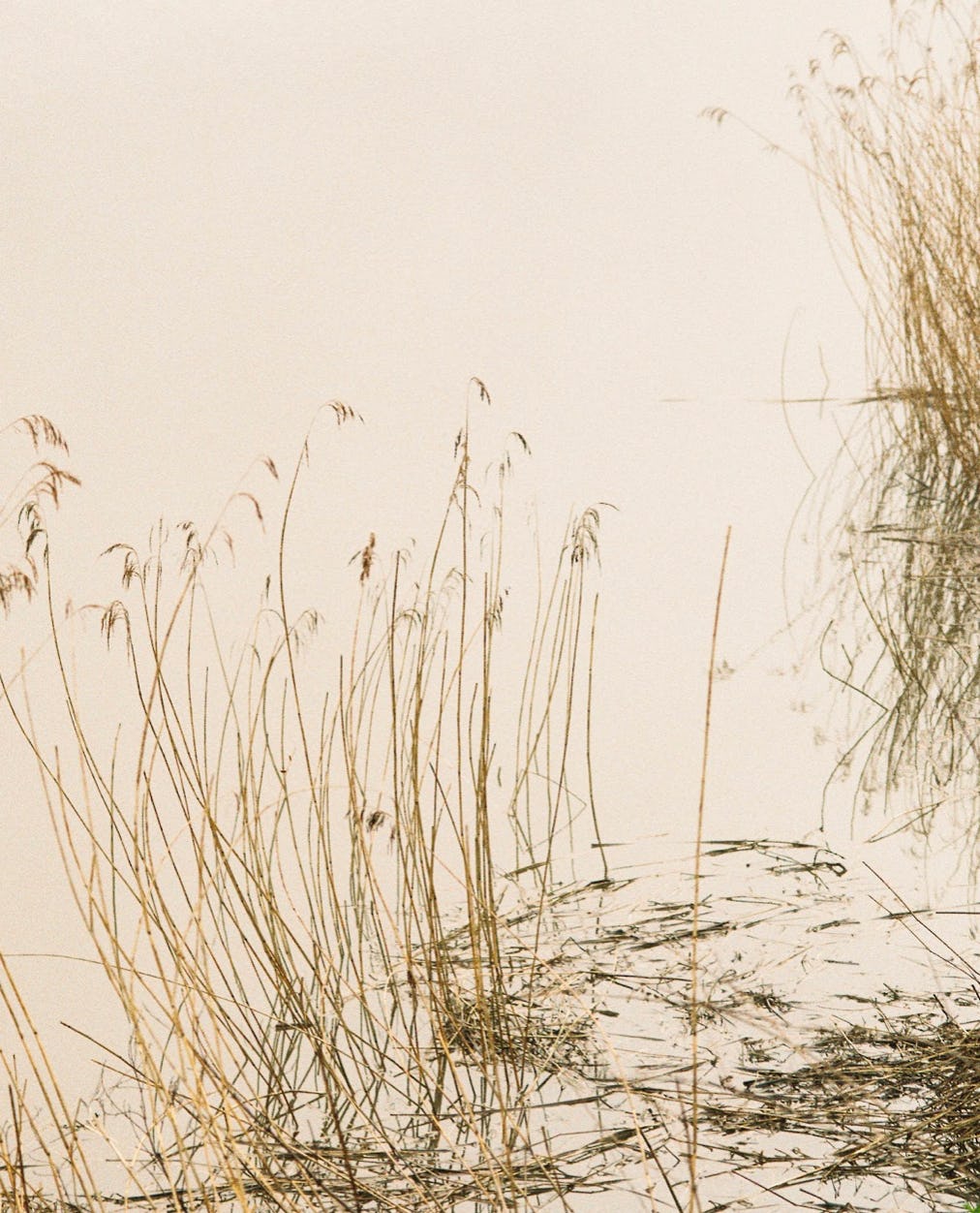 essay The Sanctuary You Create for Yourself

What does it mean to make your body a home when all it has ever known is the loud incessant chatter of rooms too full of thoughts so mean, you’d only dare say them to yourself?