Claire Ashmead is from Cleveland, Ohio. She graduated from Princeton in 2017 and obtained a Masters in fiction through the University of Edinburgh in 2018. She works as a research assistant and is studying medicine, which she hopes to bring to underserved communities in her home city. She comes from a single-parent home and was not brought up with religious faith, but in the past has attended Anglican services. On my morning walk to St. Giles Cathedral I spotted a performer who posed daily as a magically levitating “Yoda”. You know, from Star Wars. Incongruously, he did this in the lee of the church, just past a statue of economist Adam Smith. I spent many a Sunday morning wondering how the man in the Yoda outfit appeared to levitate. Down the High Street, an American in a ten-gallon cowboy hat did lassoing tricks for money in front of shops filled with overpriced whiskey and tartan. And the most ridiculous spectacle of all? Me. I was not a Christian, but I attended church every Sunday morning. I had no idea why. And I was late.

I gave many explanations for my behavior. I liked church. It was peaceful and beautiful, and I enjoyed singing. Church was also very Scottish. Men in the front pews wore blue-grey kilts and suggestive furry sporrans. I had friends there. I worked at St. Giles every Wednesday evening with Christine, Stephen, and Michael, leading twenty-minute tours and warning tourists not to take photos unless they had purchased a license. When classmates in my creative writing course asked me if I was religious, I said, “Oh no!” and mentioned all the above: community, architecture, history, Scotland, yadda yadda yadda.

Our actions often speak more clearly than we do. I wanted something that only church could give me, and I was embarrassed not so much by church as by this desire. In the modern world, if you want companionship, you get on Tinder or pay a therapist. If you want to know about your place in the world, go to college. Maybe look up your star sign. If you have questions, Google it. Yet I preferred church. That feels like saying I “prefer” using leeches as a medical treatment. I grew up watching Bill Maher and reading Richard Dawkins, parroting that religion is responsible for war and abuse of women and lack of plumbing in the Middle Ages. I was alternately bemused with myself and ashamed that I found church fulfilling.

In the liberal, elite, scholastic spaces I have inhabited most of my life, God is a somewhat unfashionable concept. Language invoking the divine has been replaced by appealing universals like “diversity”, “love”, “humanity”, and “faith”. This is understandable. Anything less universal would be specific, which can become weird and unsettling. Take “faith”. Let’s leave aside the notion that there is a non-material part of your being that will have to reckon with your behavior after your body has turned to dust. Christianity alone is based on the belief that a carpenter was killed by the state as a criminal, then rose from the dead. It is as crazy today as it was under Caligula. Poor Pontius Pilate, that worldly technocrat, baffled by all those religious fanatics. I sympathize.

For a person like myself, the only acceptable way to enter a church is as a tourist. You experience the transcendent without believing in it, just as many people enjoy a good haunted house knowing the eyeballs are just peeled grapes. As I attended St. Giles every Sunday, I averted my eyes from the image of Jesus on the cross. It seemed more respectful, more decent to look away. If science is the father of modernity, then church is that father in all its nakedness, stripped of its illusions, revealed to be based on blood, magic, and legend. Not quantum computing or the latest psychology. It’s embarrassing. So, in an effort to respect faith – in this instance, Christianity – we reduce it to its historical, material, palatable components.

Leading tours of St. Giles, I discussed its Gothic architecture, stained glass windows, and curious green marble produced by algae compressed in the stone. I shared which wealthy parishioners built which part of the nave in which century, and whether or not their heraldry was a seal or a falcon (my vote is for the seal but it’s hard to say). I discussed the social and political functions of St. Giles. Its market stalls, the Covenanters, where and how Mary Geddes threw her stool and started the Scottish Reformation. As for the church’s spiritual function? About this I never spoke. I saw it on Sunday mornings among a small, elderly, kilted audience. Briefly I stepped into the exhibit, becoming one of the living anachronisms, the thing about which I was giving tours. I felt ridiculous.

I attended St. Giles in a state of denial. I denied that church was more than a mental health aide or an anthropological investigation or a cultural attraction. Sitting in the pews one day, I was struck by how funny it was. Not ha-ha funny, but curious funny. A snag in my logic demanding explanation. Across the hall, a stained-glass window was lit by the morning sun. The church was designed in 1124 to have it so illuminated at exactly that hour. It showed the journey of Jesus. Born in a manger, died on the cross, resurrected into heaven. I stared at the face of a poor man whom the artist never knew, and tears came into my eyes. The story was absurd, but so was I. Just because something is absurd does not mean that it isn’t real.

Love is similar. An ordinary human face, with zits and hairs and moles, is seen until suddenly you think, “I love this person.” How did it happen? Are you wrong? To love is undoubtedly foolish and doomed to fading away. I shouldn’t compare the eternal to the ephemeral, but I find it difficult to grasp the eternal any other way. Faith feels very similar to me. Since that Sunday three years ago, everything in my life has changed. To explain the change to others is to feel very silly and unsophisticated. For a well-educated modern person, this is actually a relief. For all our iPhones and space shuttles and psychological studies, we are as naked and witless as we have ever been. We all know this, I think – so why pretend that anything, especially faith in God, is particularly naive?

Here is the trick of the levitating Yoda. The performer sets up a stand with a long, curved rod about six feet long, which terminates in a square platform four feet above the ground. He puts on the green Yoda mask and the brown Yoda robe, steps onto the platform, and throws his robe to cover the rod. Voila, he levitates! Seeing it, I laughed aloud. My approach to faith has been the same but backwards. It begins in the absurd and is suggestive of a trick. But I do not believe it is a trick. Flimsy-looking weeds have roots as thick as ropes. Babies grow into adults who kill and love and get fat and build airplanes and name stars after themselves. The most astonishing event of all time was discovered by a woman in Palestine, signified by an empty slab of stone.

Ridiculous but true, all of it.

Claire Ashmead is from Cleveland, Ohio. She graduated from Princeton in 2017 and obtained a Masters in fiction through the University of Edinburgh in 2018. She works as a research assistant and is studying medicine, which she hopes to bring to underserved communities in her home city. She comes from a single-parent home and was not brought up with religious faith, but in the past has attended Anglican services. 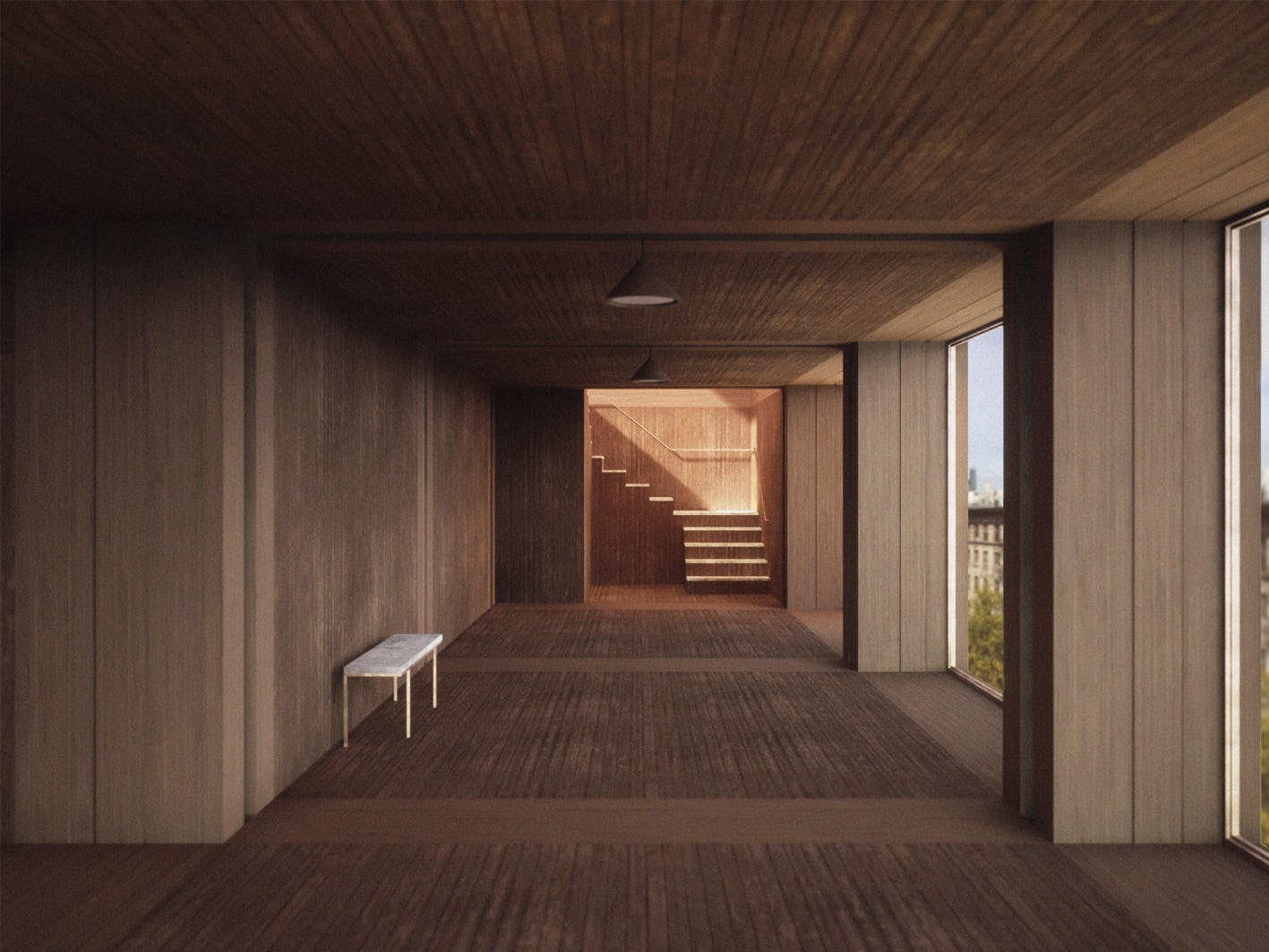 When I was younger, the concept of “faith” didn’t make much sense to me. I grew up in Australia, where religion is not part of public life or much spoken about. My parents were raised Anglican, but when the topic of religion came up they would say things like “I wouldn’t get involved in that..."