The Legacy of Mirabai 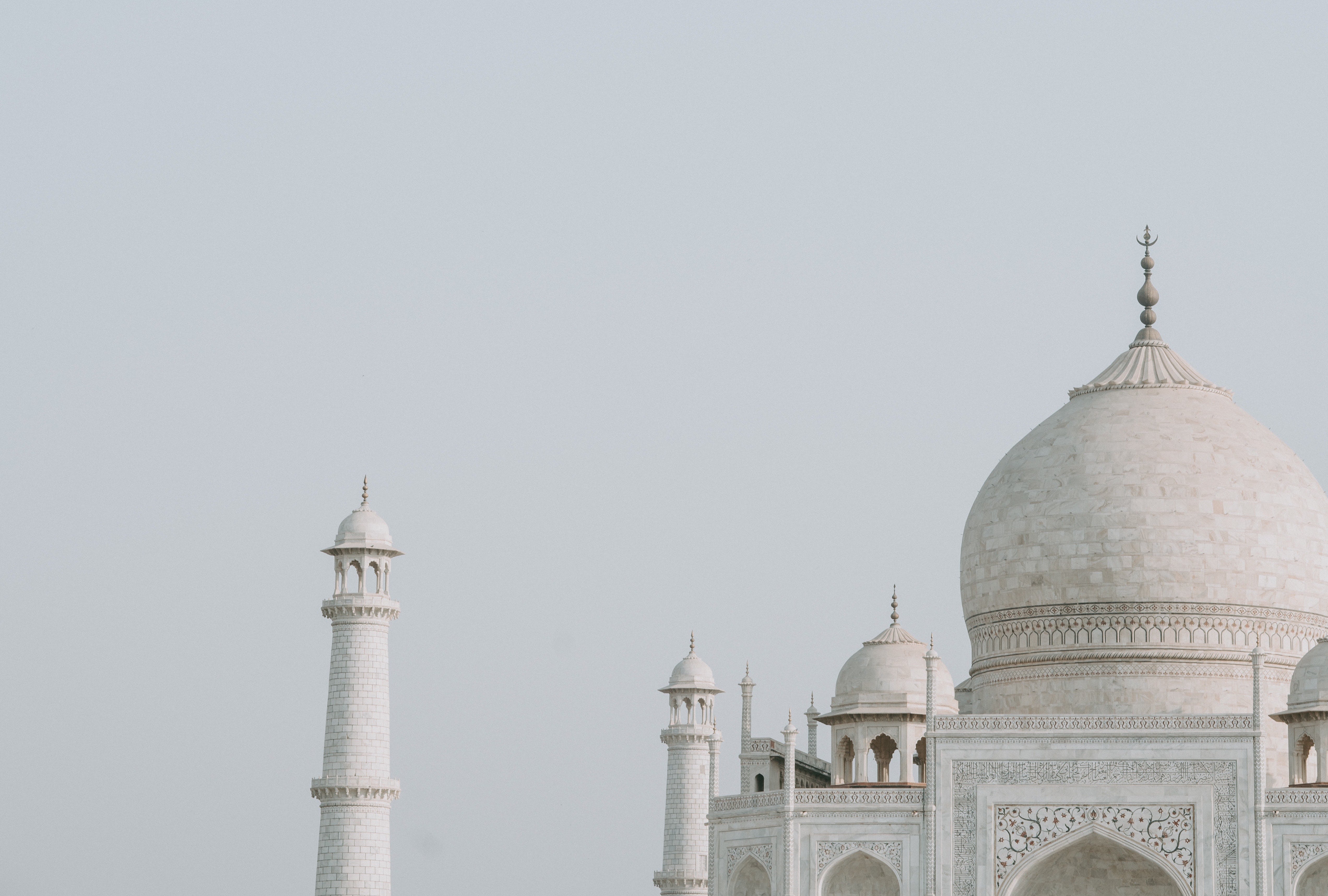 In July of 1998, on a high school auditorium stage in central New Jersey, I played the starring role of Mirabai, a 16th century Hindu bhakti poet and mystic, in a semi-classical Indian dance drama. As a teenager ambivalent about religion, I struggled to connect with Mirabai’s intense feelings of devotion to Lord Krishna, the blue-skinned Hindu god. But looking back, we had at least three things in common: we were both writers, rebels, and feminists in the making.

Born in 1498, Mirabai was a beautiful Rajput princess from the kingdom of Merta in Rajasthan. As the story goes, she was introduced to Lord Krishna at an early age. After the young princess observed a passing wedding procession, she asked her mother who she would marry. Her mother told her she was married to Lord Krishna, a sentiment that Mirabai took deeply to heart. Her dedication to the “Dark Lord,” as she called him, flourished over her lifetime, manifesting in hundreds of poems and songs that have survived centuries.

Her narrative returned to me as I studied photos of my performance trapped like fossils under yellowed cellophane in a family album. Against a painted backdrop depicting mountains, a winding river and a pale blue sky, I twirled in unison with a group of gopis, or milkmaids, in colorful chaniya cholis. Boys were not allowed in our dance school, so Mirabai’s “Divine Lover,” my elusive counterpart, was played by a female dancer in a golden yellow costume and peacock feather crown.

The early scenes of the dance drama exuded Bollywood-style euphoria. Mirabai was a faithful devotee, but she was also in love. I couldn’t fathom how spiritual and secular love could coincide, but as a seventeen-year-old, infatuation was well within my emotional range. Mirabai’s crush was otherworldly, yet relatable in its longing and wonder.

I discovered her poetry as an adult, and while I was still not religious, I appreciated the intimacy of her relationship with God. For Mirabai, Lord Krishna was not some distant figure looking down on her from the heavens. He was as real to her as her own body. Her words were full of sensory details and tender observations that brought to life an otherwise unreachable entity.

The Fish and the Crocodile

When Nand’s son with his dark face appeared to me,

I forgot about the world and its duties. I went out of my mind.

A crown of peacock feathers opened on his forehead,

And I saw the spot of saffron which made my eyes glad.

Light caught on his earring; his hair curls fell over his cheek,

Like fish who crawl out of a pond to meet a crocodile.

My Lord has entered the play, and the world is amazed.

Mira says: I dedicate myself to every arm and leg of this Lord.

Mirabai’s devotion to Lord Krishna was acceptable in girlhood, but soon trespassed on the expectations of womanhood. Despite her assertion that she was already married to Lord Krishna, she was forced into an arranged marriage to Bhoj Raj, prince of Mewar and the eldest son of an influential Hindu family.

In the wedding scene, I glittered in a red and gold sari, but my expression was somber as I channeled Mirabai’s discontent. While there was no arranged marriage looming in my future, I felt for her at that moment. Despite my prominent role in the play, I was already failing the expectations of a first generation South Asian child by not becoming a doctor, lawyer or engineer. The dance school community responded with confusion and disdain when I announced I was attending art school in the fall. I was fortunate to have a mother who supported me, but I could imagine how Mirabai felt as her life steered down an unwanted path.

The union to Bhoj Raj was advantageous from a financial, political and social perspective. But as time passed, it became clear that to Mirabai, this contract had no value.

It’s True I Went to the Market

My friend, I went to the market and bought the Dark One.

You claim by night, I claim by day.

Actually I was beating a drum all the time I was buying him.

You say I gave too much; I say too little.

Actually, I put him on a scale before I bought him.

What I paid was my social body, my town body, my family body, and all my inherited jewels.

Mirabai says: The Dark One is my husband now.

Be with me when I lie down; you promised me this in an earlier life.

In this poem, Mirabai acknowledged all that she relinquished to remain true to Lord Krishna. Though she performed the rites of the wedding ceremony and moved into the palace, Mirabai never consummated the marriage. The prince, her in-laws and her own family were furious and humiliated, but Mirabai did not care. She had no use for her earthly husband, and no interest in fulfilling the role of a daughter-in-law. She refused to pray to Durga, the idol of her new household, and spent her time in a temple worshiping Krishna. The extent of her rebellion was shocking, exceptional for any woman, let alone one of her social standing.

Her controversial attitude was undeniable in the following verse:

To My Brother-in-Law Rana

There are no holy men in it, and the people are trash.

I don’t wear jewelry anymore; I don’t bind my hair.

I’ve given up darkening my eyelids and doing my hair the married way.

Mira’s Lord is the One Who Lifts Mountains;

I don’t need a bridegroom.

Mirabai’s conviction was strong, but she paid dearly for her choices. A subject of great scrutiny during her marriage, her situation only worsened after her husband died in battle with the Mughal Emperor. As a widow, she refused to commit sati, which meant burning herself alive on her husband’s funeral pyre. Not only did she dare to keep living, but she refused to remain in seclusion. Her in-laws even tried to harm her several times, as recorded in her poetry.

From “Drunk for Life”

King Rana sent a snake in a basket; they said, put this on your neck.

Then he concocted a poison; the household said, drink.

Mira gulped it like fragrant water that had bathed the Lord’s feet.

At this juncture, Mirabai left the toxic environment of the palace and embarked on a series of pilgrimages, spending time in Vrindavan, a city devoted to Krishna. She gave up the privileges of her caste, and lived as an itinerant singer amongst the poor. In this phase of her life, Mirabai became an instrumental part of the bhakti, or devotional, movement in medieval India - a rare female voice in a male majority of sadhus and poet-saints.

Eventually, she was called back to Mewar by one of her husband’s successors. She asked to spend the night at a temple in the city of Dwarka, and by morning, she was gone. Legend has it that she stepped into the temple’s inner sanctum, merged with Krishna’s idol, and was never seen again.

The date of Mirabai’s death varies from source to source. If the year of 1547 is correct, she would have been forty nine years old.

The last act of the play finds me flat on the dusty wooden stage in a stiff white cotton sari, a mala drooping from my neck. My cheeks were scrubbed of rouge and laden with white powder. I was pale and ghostly, but relieved, for both of us, that the drama was finally over.

My younger self diagnosed Mirabai as a case of delusional disorder and schizophrenia. I was certain that anyone who thought she was married to a god needed medication, or at the very least, psychotherapy. But now, as a wife and mother, I view her story differently. Despite tremendous obstacles, Mirabai was steadfast as both an artist and an ascetic - an impressive feat for a South Asian woman in 2022, let alone five hundred years ago. In her character, I see passion, courage, and strength, values I hope to imbue in my own children. Unlike so many women then to now, Mirabai is the undisputed heroine of her story. As she sits in prayer and communes with her beloved, she is exactly who and where she wants to be. interview Redefining Our Identity as Children of Cambodian Genocide Survivors

I am the daughter of Cambodian Genocide survivors. 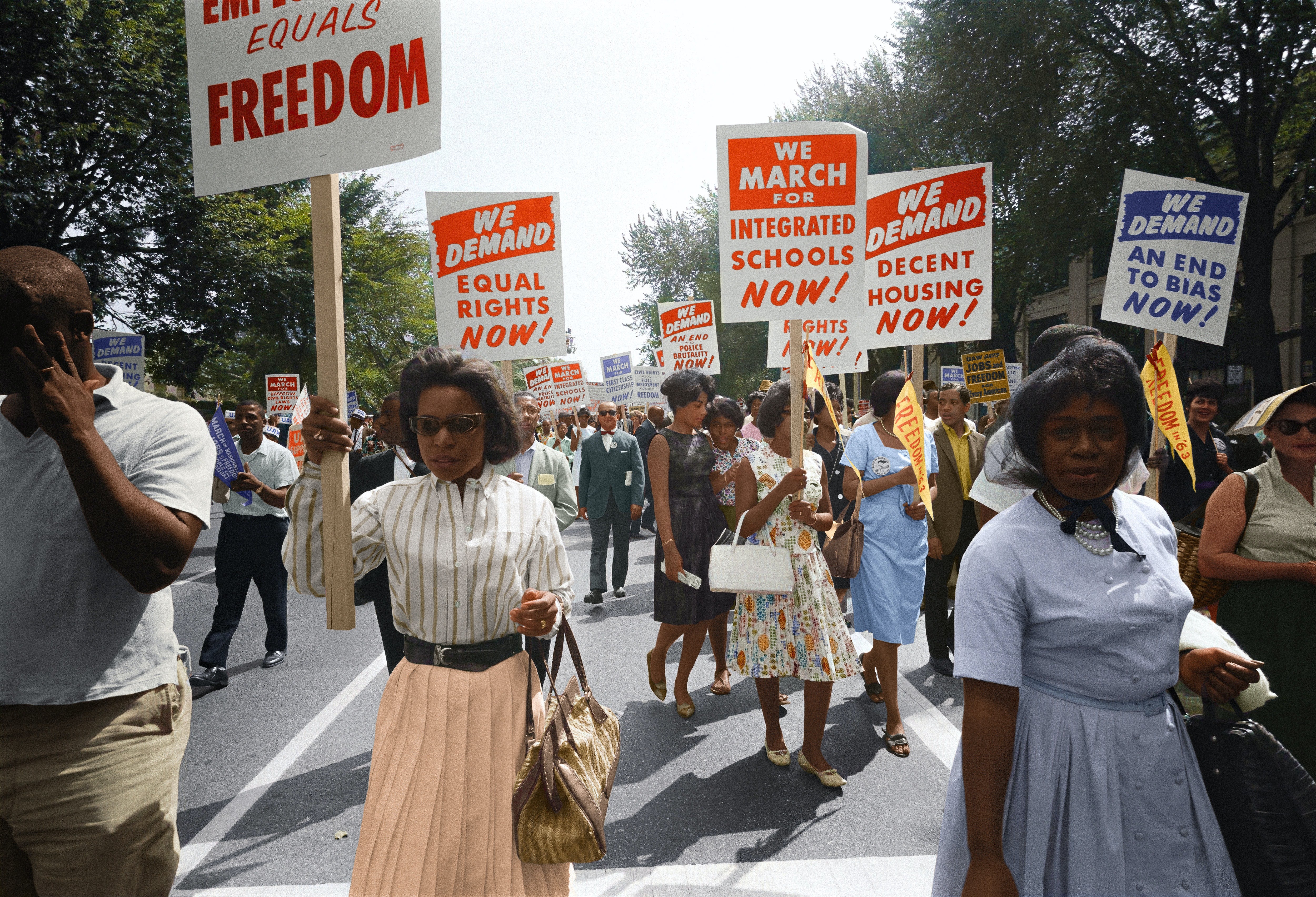 essay On Activism and Contemplation

I have often felt, throughout my life, that activism was a “given,” meaning that it was something I was expected to do.